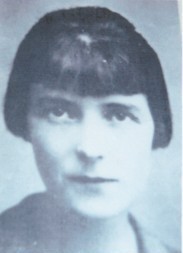 The Ghosts of Fontainebleau

Rue de Katherine Mansfield is a continuation of
Rue de La Republique, a narrow little street
not far from the quaint, cluttered cemetery of Avon
where Mansfield lies buried, just down the
road from the Fontainebleau-Avon train station.
This sleepy Parisian suburb, once a royal
residence nestled in the only woodland in
the Paris environs, can easily be reached
by train from the Gare de Lyon. The trip
lasts just under an hour and the fare costs
forty-five francs. Once arrived, you can rent
a bicycle and peddle through the dappled
shade of the forest, which has shrunk a bit,
compared to what it must have been in October
1922, when Katherine Mansfield first came here,
coughing blood into her handkerchief, searching
for spiritual and bodily renewal.

Encouraged by her friend Orage, the English
critic and editor of "the New Age," she
had come to Fontainebleau to be admitted to the
Institute for the Harmonious Development of
Man, under the direction of the Russian philosopher,
G.I. Gurdjieff. His institute was housed at the
Chateau du Prieure des Basses Loges in
Fontainebleau, where his pupils were known
locally as "les philosophes de la foret."

The above extract is taken from an essay which
first appeared in Volume 87, n.1 of The
Southwest Review