Tags: summer reading list, great beach reads, italy reads, italy fiction, greek memoirs
Here is a list of favorite books for a summer read, at the beach, or under a shady tree in a piazza, or sitting @ your favorite taverna watching fishermen return from the island... Highly recommended fiction and nonfiction with a Mediterranean setting 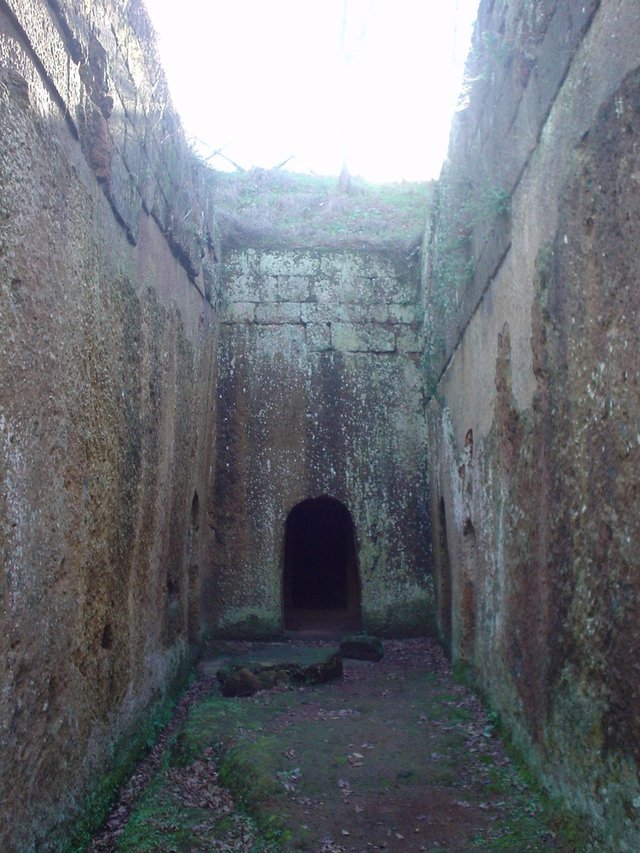 An Etruscan Tomb in Tuscia

D.H. Lawrence returned to Italy in 1927 after a soul-searching pilgrimage through Mexico, the American Southwest, Ceylon, Australia, and New Zealand. Gravely ill with tuberculosis, unaware of how little time he had left (he died three years later at the age of 44), Lawrence sought an ideal land where he might flourish as a "whole man alive" and find an antidote for the alienation of industrialized society.
Lawrence's last pilgrimage led him to the Etruscan ruins north of Rome. His idea was to write a travel book about the twelve great cities of Etruscan civilization. (The Etruscans were a sophisticated people who settled in the Italian peninsula between 900 and 800 B.C. and brought with them commerce and industry, greatly influencing the rise of the Roman kingdom.) Lawrence rejected the contemporary, scholarly views of the time: that Etruscans were inferior to the ancient Romans. Lawrence's approach to the Etruscans was highly personal and unscientific, yet his book, Etruscan Places, has shaped modern readers' ideas of this vanished people more than any other text.
Traveling on foot and by mule cart, Lawrence explored Tuscia-a wild, wooded area between Rome and Tuscany, where the center of Etruscan culture was located. He visited the frescoed tombs of Tarquinia and the rougher rock tombs of Cerveteri, as well as the sites of Vulci and Volterra. In the Etruscans, Lawrence found a life-affirming culture which exalted the body and which saw death as a journey towards renewal. The art decorating their tombs, eloquently described in Etruscan Places, bears witness to their faith in an unending joy.
The tombs Lawrence admired are easy to visit today, well-connected to Rome and Florence by a system of trains and buses. In Vulci and Volterra, museums offer informative displays on Etruscan history. In the frescoes of Tarquinia, pipers play on as red-skinned dancers perform to the delight of thousands of tourists per year. And copies of Etruscan Places are for sale everywhere. The mystery Lawrence relished may best be found off the tourist track-in the rock tombs carved along the ravines at Cerveteri and neighboring areas.
To get a sense of what these sites were like in Lawrence's time, while doing research for my novel. The Etruscan set in Lawrence's era, I recently visited one of the lesser known areas-out in the countryside, off the main road. Covered with ivy, the huge tombs carved in cliffs face out upon a ravine. Wandering through the tall weeds, I approached a tumulus where a tall doorway led into a chamber hollowed in the rock. There at the back stood the fake door, which Lawrence called the door of the soul, as it had no real opening and was only painted or carved on the wall surface. I think of Lawrence sitting in a chamber like this one, contemplating the door of the soul-a barrier for the body, but not for the imagination. More than a travel book, his Etruscan Places is a spiritual testament celebrating the power of the imagination to carry us into other dimensions in search of the source of life. 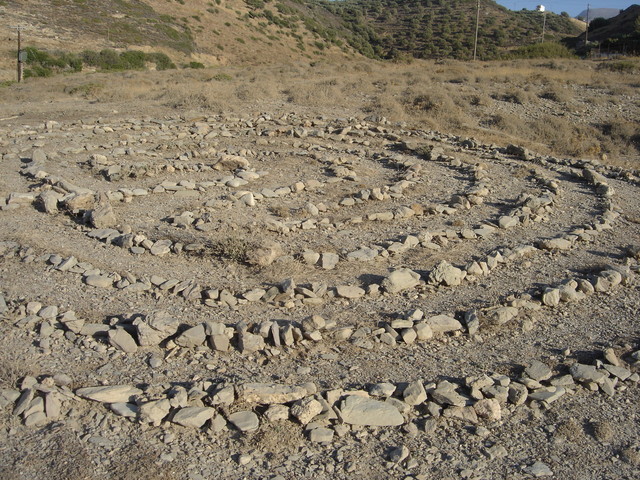 a labyrinth on Crete